WHAT IS THE SECRET OF THIS GRACE? PART 10 – P Daniel Olawande


On this episode I will be be sharing on how to prepare for a kingdom family.

In the agenda of God, the kingdom is the priority, what the Lord wants established on earth is the kingdom

“Your kingdom come. Your will be done On earth as it is in heaven.”
‭‭Matthew‬ ‭6:10‬ ‭NKJV‬‬

The kingdom is not just a location, it is an operation, it is the culture of our king, the nature, character and influence and power of our King.

Everything about us should manifest the kingdom of our king.
The family is one of the greatest platforms to birth the kingdom of God in our society, if there had not been failed families there wouldn’t have been a failed nation, a Godless family will produce a Godless nation.

A kingdom family is not one that only speaks in tongues on social media or post Sunday family pictures, even though a kingdom family might do that but a kingdom family is one that models Godliness to a generation, train up children who are kingdom ambassadors, sold out to the course of the kingdom, establish the kingdom of God in their community, legislate on behalf of God in the families, stand against and destroy the works of darkness in their families and their community.

Anyone going into marriage as a believer must understand that they are not going into marriage for procreation or fun alone, for us marriage is an agenda, we are in it to enforce an agenda called THE KINGDOM, marriage for us is work, marriage is a mandate, marriage is a war, that is why we must prepare for it with all of our life as if your life depends on it, actually our life and destiny depends on it.
Never forget this
We are battle Axes
We are weapons of war
We are God’s agent to devastate the kingdom of darkness and to pepper the devil.
We are God’s rescue agents to snatch men and women from the kingdom of darkness to the kingdom of our God

Having this understanding is critical before stepping out into marriage.

My wife and I understands this agenda so much, that is why we take marriage more serious, we know we are here to shape a generation, model God to a generation, raise kingdom flaming marriages, set men and women on fire for God.

See it is great to know your purpose, but you must know your family purpose also.

How should I prepare for a kingdom marriage?

I will continue later

Stay connected to us via all my platforms
https://linktr.ee/pdanielolawande
Also get all my messages on my telegram channel via the link

I see a burning generation
P.Daniel 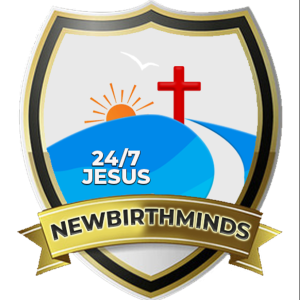